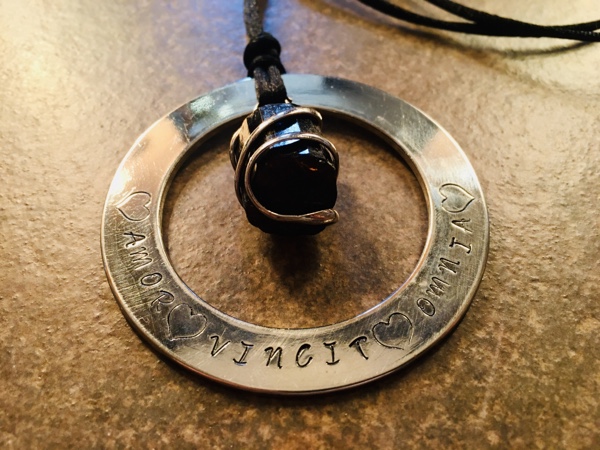 Many years have passed since our initial problems surfaced, 20 to be exact. I know you used to see them as a waste, like I stole valuable time, perhaps even your prime from you. It depends what you consider prime time and I think you might actually come around, reevaluating that belief system, realizing that it took two people to fail. At least it seems this way on some days and each day is different as we both struggle through the emotions of it all.

I used to see those years as plenty of opportunities, opportunities I believed you didn’t take, but I have come around as well. Today these opportunities have turned into opportunities WE didn’t take and the fault is nobody’s alone. Somehow, something always kept us away from making each other the priority, and we simply chased the wrong ideals, each trying to find their own way as we branches off into different directions. I don’t think it was a lack of love, but rather a sense of complacency, a taking the other for granted, and even developing a dose of resentment along the way, not getting what we needed from each other. Somehow we never managed to make that point clear, we wasted time, not stating our needs, waiting patiently, hoping, not realizing that time was working against us instead of for us, actually widening the gap between us, separating us with each week, each month and each year. The understanding, silently supporting, not being pushy approach did more harm than it did good. Who would have thought?

I also don’t think that we were ready to make it on our own prior to this point. Are we now? Financially we are, although emotionally things will take time getting used to and I can’t deny a great sadness and worry. As much as we fought, didn’t get along, or didn’t see eye to eye, I guess there was something familiar in it too, even though that’s not really life, nor should it be the fate of either. Yes, we deserve better than each other and perhaps in time we will see it as such. The sale of the house will pull a significant profit, a way for both of us to become financially independent if we play our cards right.

Despite our challenges, we are finishing strong, not driving each other into the ground, an eye for an eye, but rather as civilized adults who tried their best but couldn’t make it work. For now at least, and this could change once we get closer to day zero. I see it as a way to help each other become a better person, to bring out the best in each other like we once did, to find our way back to who we were when we fell in love with each other. Those qualities got lost and where our downfall, causing us to bring out the worst in each other.

In the end we couldn’t hold on to the love we once had, and that to me is very sad and hurts my heart. Where we are today is both of our fault. We both did things neither one of us is proud of and we both tried to find whatever was missing elsewhere. Somewhere in time we both cried out, trying to fill a void that should have been filled between a husband and a wife. Sadly the cry went unnoticed and unheard.

Last year was our most difficult year yet. You being unemployed and self retired meant that we were around each other most of the week, every hour of the day. It became obvious how much we didn’t click anymore and most of the time I felt like a stranger to you, in my own four walls. I felt tolerated with already patience in short demand from you. You faced your own struggles and the only help I could be was to endure your bad moods and tempers which you often let out on me.

We easily have made up for all the years that we never fought, and disagreements became a daily occurrence. I think it’s healthy to disagree to a point, but not when you can’t accept another’s opinion and outlook and show your feelings through contempt. Disgust in your voice, patience no longer existed and had long run out, a sense of merely making one feel tolerated, a love that took on a form that no longer matched my belief of what I thought love is. A relationship that was held together by shared responsibilities and a togetherness that seems to be held up by obligation that became a contract only.