Lately I find myself busy doing nothing.

Things have changed and yet they are the same.

Over time I found many things missing.

My fashion sense has suffered, leaving me feeling pretty ugly.

I know there are times I feel clearly misunderstood.

I’m alone all together and sometimes feel like a big baby.

There are moments that require me to be passive – aggressive. 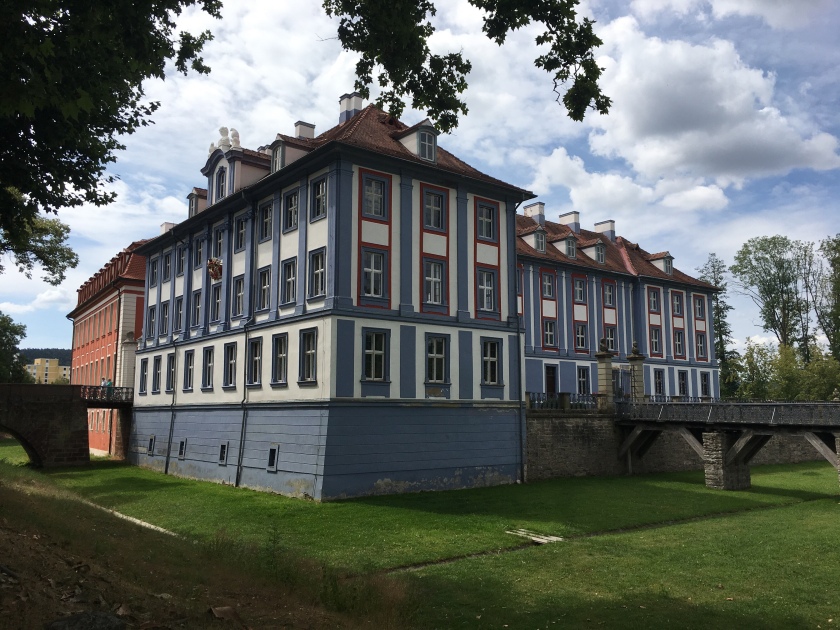 Picture: Blue Castle near my home in Germany.

It’s not about DNA and being born rich. It’s not about how successful you are in business and how much money you have. Success is defined in many ways and can be as simply as to make it through another day.

It’s not about your possessions and how many things you have. No palace is needed to be rich and merely claim status. When was the last time your material status made you happy? Material treasures may make your life easier, but can be replaced and seldom fill the heart. They also make it tougher to see who your real friends are. Who loves you for you and who is attracted to that status and your stuff? More times then none “Less is more”.

It’s not about how smart you are if you find yourself walking alone and others can’t relate. You might be book smart and graduate with flying colors, but know very little of day to day life where it really counts.

Down the road of life, you might find out that it is all about inner peace and balance. Finding your own way to achieve such and making it fit to you.

So while it is not about DNA and material wealth, the richest person is really he/she who is loved unconditionally.

“Everywhere is walking distance if you have the time.” ~ Steven Wright

“Everything leads me to thee”

“Stones in the road”

I save every single one, and one day I’ll build a castle.”

Sometimes life leaves us feeling as if we are stuck between a rock and a hard space. Life sure has felt like this for me recently and I have felt stuck, hanging in limbo. But what if everything you are going through is preparing you for what you asked for? 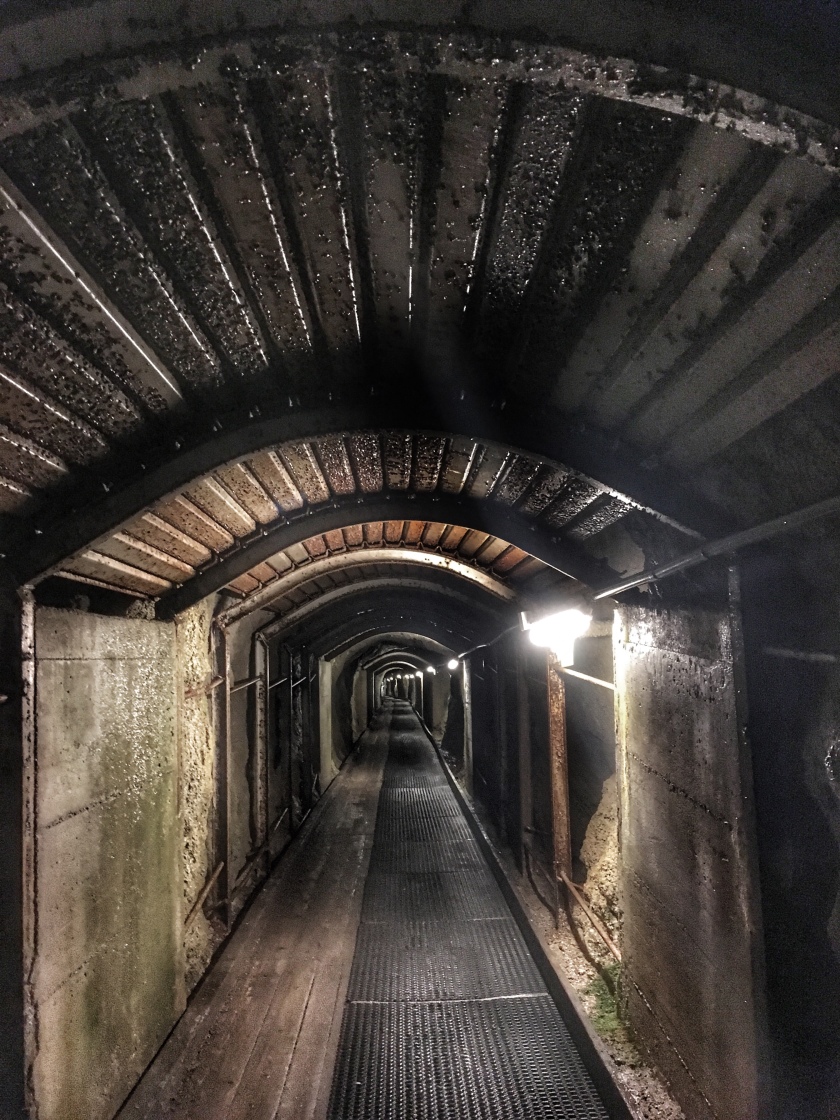 “If you do not see light at the end of the tunnel, consider it an opportunity to create an opening yourself, wherever you want.

At the end of every light, is a tunnel of darkness.

Sometimes life seems a dark tunnel with no light at the end, but if you just keep moving forward, you will end up in a better place.” 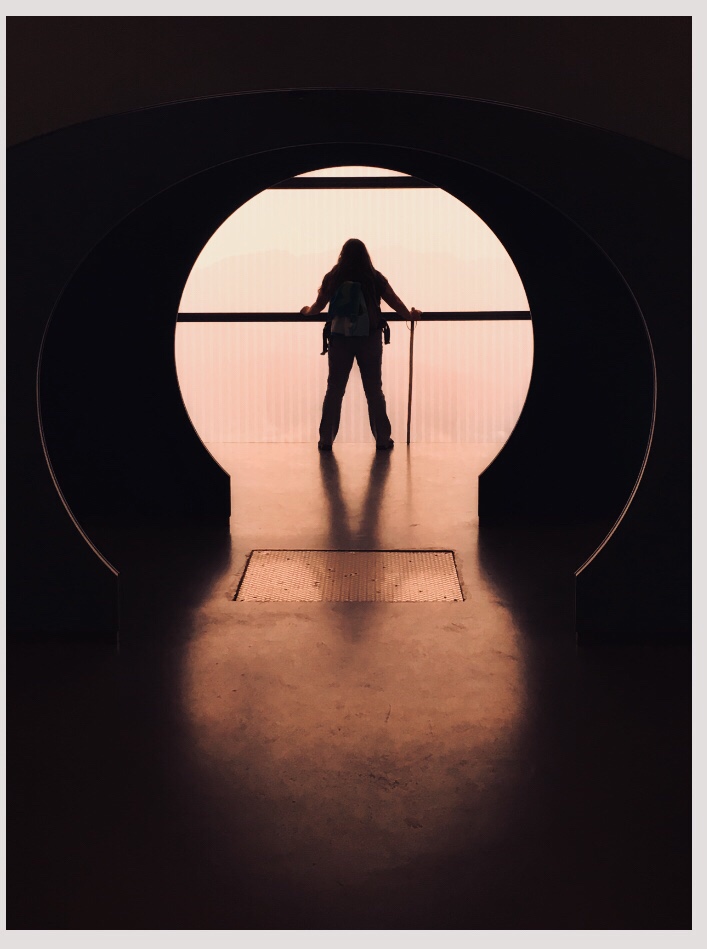 “The only way to achieve the impossible, is to believe in the possible.”

After the purpose was revealed, I felt motivated and inspired. I was optimistic to share my findings with Mom, despite the shred of hesitation that never quite left and caused some nervousness. Rightfully so, because no matter how I set it all up, stating the intentions of the talk, her not liking some of the things I had to say, and the desired outcome, the conversation went south faster then it had started. The crab retreated in her shell after dishing out a few nasty’s, and that’s where she remained, silent, distressed and finally turning her back. It was the end of the conversation.

I felt drained and out of energy quickly, although I had spent the prior day at the pool. Yet there was no break and felt restless. The nice nap I was hoping for never happened due to creepy crawlies, which in turn caused me not to fully relax. Everything itched and felt uncomfortable. The mosquito issue at home has gotten better, but now it is other pests such as spiders that find their way to me at night. I’m not at peace and the harmony is disrupted. I can feel the stress of it gnawing away, eating my sanity and leaving me more and more restless.

Lack of sleep left me vulnerable that day, and a few factors weight heavily on me.

Today marked my second train ride to Mittenwald. It is fairly inexpensive and I will be here until Friday afternoon when I make my return trip.

Mittenwald has become a special little place in my beloved mountains. It has it all except the huge tourist crowds, which makes it perfect for me. Sometimes I think retail has ruined me for all times, and large crowds and noise are mostly a turn off. With my mind so full, solitude and quiet help me reconnect. You could say I almost doubled my step goal today and I went back to the rock garden I called the Bavarian Stone Henge. I loved it there the first time and got to spent more time his time around. It was beautiful and peaceful, a true gem. From there I made the hike to Lautersee and couldn’t have had a better view for dinner. (Stay tuned for pictures). Afternoon thunderstorms added to the ambience and made for pretty pictures and a tad bit cooler temperatures that were welcome. Weather lightening rounded off the day with a spectacular light show over the Karwendel Mountains. Tomorrow’s adventure will take me up those mountains, and I’m crossing my fingers that the weather holds. It should be spectacular.